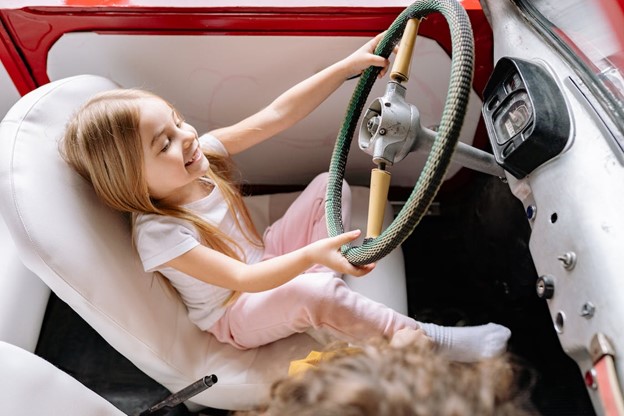 10 Rules to Keep Your Kids Safe on the Road

The road is a dangerous place. Both for you and especially for kids. The more time we spend on the roads, the more likely it is that someone will be in an accident. While there are many different ways to reduce your children’s chances of suffering an injury due to a traffic accident, one thing remains true: ultimately it is up to you to keep them as safe as possible.

Outside of their car seats, children are exposed to a lot of risks every day. If you’ve ever taken your kids out for a fun family outing, you know that sometimes accidents happen – and from time to time it’s necessary to call for help from a car accident lawyer phoenix.

Each year more than two million kids under the age of 16 are treated in U.S. emergency rooms due to traffic accidents, making it one of the most common types of injuries for kids under 18. In 2017, the National Highway Traffic Safety Administration reported that 36 children younger than 1 died in traffic crashes and 61 sustained serious injuries; meanwhile, 1,533 children under 5 were injured seriously enough that they had surgery or needed care afterward at an emergency department, urgent care clinic or hospital emergency room.

Ways to Keep Your Kids Safe on the Road

Road safety is a top priority for most parents, but it can be hard to know where to start.

To help keep your kids safe on the road, here are 10 simple rules for traveling with kids:

Rule 1: Teach your children how to buckle their seat belts.

Make sure they know that their seat belts will keep them safe in an accident or sudden stop of the vehicle. Teach them how to properly fasten their seat belts by showing them how it’s done, then set an example by doing it yourself when they’re ready.

Rule 2: Keep distractions out of reach of children.

Keep phones and other electronic devices out of sight during long trips so they won’t be tempted to play with them while riding in the car. It’s also important not to let your child eat or drink anything while riding in the vehicle because this can cause choking or poisoning accidents if swallowed accidentally by a child who isn’t watching carefully enough.

Make sure they understand how to behave in traffic and that they should always listen to their parents when they’re driving.

Rule 4: Talk about what to do in an emergency situation.

Like if someone gets hurt or something goes wrong with the car — so they know what to do in case things go wrong on the road. Make sure everyone knows how important it is for everyone to stay calm in an emergency situation until help arrives — even though you may feel anxious yourself because of what happened or what you saw happen!

Rule 5: Never let your child ride in the front seat.

The safest place for your child to ride is in the back seat. The reason is simple, the back seat is designed with safety in mind. In a car, there are airbags and head restraints that work together to protect children in an accident. In an SUV, rear-facing car seats are designed specifically to keep kids protected when they’re riding in the back of SUVs.

Drive according to speed limits, especially if you’re driving at night or during rush hour traffic. It’s up to you to set the example that your kids can follow.

It starts with teaching them about safety habits early on. As soon as they’re able to sit up in a seat and stand up by themselves, you should start talking about road safety and how it applies to them. You might also want to get involved in local events like car boot sales, where you can meet other parents who are also concerned about their kids’ safety and offer advice.

You’ll also need to talk with them about the dangers of being distracted by electronic devices while driving, including cell phones and music players that are connected to the car stereo system. If they use these devices while driving, they could be fined or even stopped by police if they’re caught using them during a traffic stop or other situations where police may be on patrol (e.g., school zones).

Rule 7: Teach your children how to use public transport safely.

Teaching your children how to use public transport safely is the best way to make sure they feel safe and secure while they’re traveling with you. Here are some tips:

Rule 8: Insist that they wear safety gear like helmets, even if not doing so isn’t illegal.

A crash is the last thing any parent wants to think about, but it happens. If you’re a parent and your child is riding a bike on the road or some other public space, chances are good that they’ll at least be near a car as they ride. This can cause serious injuries if they’re not wearing safety gear like helmets or wrist guards.

Helmets are especially important in crashes because they protect your head from an impact on the ground. They also help prevent concussions and other head injuries, which can lead to long-term problems like hearing loss or brain damage. Wrist guards will protect your arms and wrists from getting scraped up in case of an accident.

Rule 9: Teach them how to cross the pedestrian safely.

According to a car accident lawyer phoenix, “Pedestrians are more likely than drivers to be involved in a crash.” So it’s important to teach your kids how to cross the road safely.

The most important thing you can do is have conversations with your children about crossing the street safely. You can talk about how they should look both ways before they cross the street, and always wait until they see traffic coming before crossing. You can also talk about how certain types of cars may not have their signals on or might not obey traffic laws (like when someone runs a red light).

You’ll also want to make sure that your children know how to get out of the way of vehicles if necessary, which means teaching them how to recognize danger signs like stop signs and lights.

Rule 10: For your teens who are driving, educate them about defensive driving.

It’s also important for kids who are old enough (or will be soon) that they know what proper hand signals mean when using a cell phone while driving so they don’t get into accidents while talking on their phones behind the wheel.