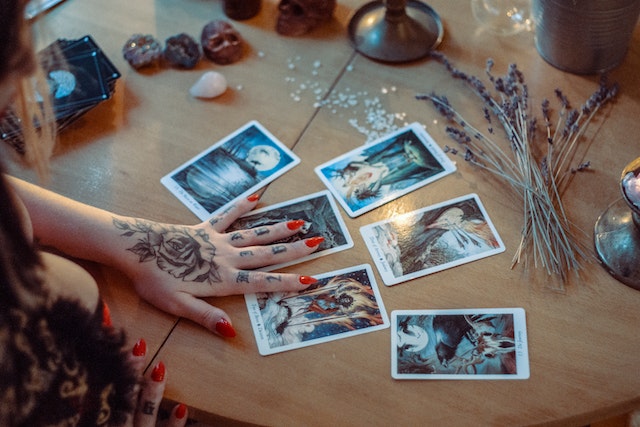 When purchasing my first tarot deck, I based my decision solely on aesthetics, without giving any thought to how well I would relate to or understand the cards. This was OK at first, but it eventually became frustrating since I was having so much trouble learning to read tarot because I hadn’t bought a deck tailored for novices. Finding the perfect deck for me really changed the way I approached studying tarot.

After investing in a beginner-friendly tarot deck, I made great strides in my ability to read the cards instinctively. Getting a beginner’s tarot card deck is a great investment if you want to learn how to interpret tarot cards for yourself. You will find that this greatly simplifies the process of studying tarot.

Let’s take a look at the famous tarot deck for beginners.

In terms of tarot decks, the Rider-Waite Tarot is among the most classic options available. For this reason, it is highly recommended for newcomers, since this deck and its meanings are well known and used by tarot professionals. This deck is not only simpler to comprehend than other current cards, but it is also symbolically rich and has well-illustrated scenes.

In my opinion, this is the essential first tarot deck for any serious student of the art.

The tarot card known as the “radiant rider-waite” is a subset of the “universal rider-waite.” The visuals are quite similar, albeit somewhat more upbeat (hence the name). Unlike standard decks, which just have the card numbers and suits, this one actually has the names of the cards printed directly on them, which is one of my favourite features. People like me probably have a hard time making mental connections with roman numbers. When learning the cards, it might be helpful to have the name written down so you can create the association and learn the cards.

The picture of the Robin Wood Tarot Deck is incredibly evocative, and the layout of the cards allows for quick, intuitive interpretation. Despite the fact that this deck’s illustrations are less conventional than those of the Rider-Waite, many have a deeper personal connection with them. If you’re new to playing cards but don’t like the Rider-Waite style, this is a wonderful deck to start with.

A Traditional Tarot Deck by Llewellyn

Because each card so vividly depicts a picture that may be understood on an intuitive level, this is, in my opinion, one of the greatest tarot card decks for newcomers. Although the cards are clearly inspired by traditional tarot artwork (thus the name), there is something special about this set that makes it my personal favourite. You won’t have to memorise roman numerals for each card’s name, saving you time and effort as you study tarot with this deck.

MINI TAROT DECK FOR DAILY USE

The contemporary aesthetic of this tarot deck is complemented by its clean, simple drawings. The cards include simplified depictions of the rider-waite situations, with an emphasis on the game’s key icons. The compact size of this deck is the primary factor in my recommendation for novices. The compact size of this deck makes it ideal for portability and convenience whenever and whenever you need a ready supply of playing cards. I’ll be honest and say that when it comes to readings, this deck isn’t my go-to. The cards are too thick for my liking, and the sticky gold edging makes it difficult for me to shuffle them. That’s why I stay away from this deck. On the other hand, I found it really beneficial to examine the cards while on the fly while I was learning their meanings.

I believe the Easy Tarot Deck is a great choice for a first tarot deck because of its striking illustrations. Although it lacks the depth of meaning seen in other decks on this list, I feel that the striking visuals of each card make them far more accessible. This deck is ideal for beginners since it includes a book written to help you learn how to interpret the cards.

7 Ways to Help Your Friend Break A Bad Habit

How To Get Back To Cooking After Having A Baby

What do you know about Temptation Experience and What are the Resorts available ?

A Guide To Ironing Pleated Apparel