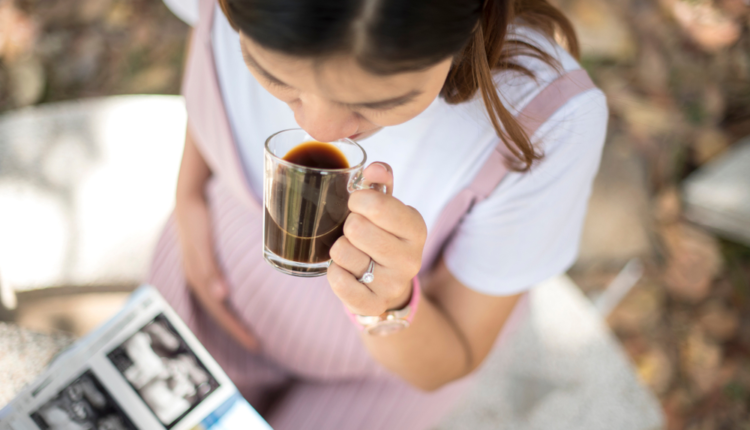 Can A Pregnant Woman Drink Coffee? If Yes, Then How?

Coffee is one of the most consumed beverages by adults in the world. Everyone knows that coffee contains a substance called caffeine, whose main effect is to stimulate the central nervous system, increasing our alertness and making us more awake and less tired. But caffeine is not only found in coffee, but in more drinks or foods, even medicines.

Can I have coffee if I am pregnant?

There are women who are used to consuming several cups of coffee every day, either because they like it or because they stay more awake and active during the day. So when they know their condition comes the big question: “Can I continue drinking coffee while pregnant?”

According to most health experts, coffee is not on the list of prohibited foods during pregnancy, but they advise taking it in moderate amounts, without exceeding 200 mg maximum of coffee each day. This equates to roughly two or three cups of coffee, depending on the amount and whether milk is added or it is plain coffee. However, if you can reduce this amount or even avoid drinking coffee, the better. It should be completely eliminated if you have a risky pregnancy.

It should also be taken into account that caffeine is present, in addition to coffee, in other drinks and foods such as cocoa or chocolate, cola drinks, some energy drinks, tea (tea has a substance called theine, also stimulating) and some medicines.

Negative effects of coffee in pregnancy

Coffee, if taken in large quantities during pregnancy, can cause problems for both the baby and the pregnant woman.

Can you drink decaffeinated coffee while pregnant?

Many people think that coffee because it is “decaffeinated” has no caffeine at all. But the truth is that it does contain caffeine, although in very little quantity. While regular has about 100mg of caffeine per cup, decaf contains about 2mg. The procedures used today to get caffeine out of coffee beans are not able to completely suppress it.

Like normal coffee, it can be taken but always in moderation, and avoid it if your pregnancy is risky.

How do you get decaffeinated coffee?

When it comes to drinking decaffeinated coffee, there is mistrust about its consumption due to the method used to extract caffeine from coffee beans. There are several extraction methods and some of them use certain chemical agents considered carcinogenic to man. However,  the high temperatures to which these substances are subjected during the different roasts of the beans cause them to evaporate completely.

However, there are other safer extraction methods, such as the modern decaffeination technique, which uses carbon dioxide and  allows caffeine to be extracted without using chemicals. There is also a variety of all-natural decaffeinated coffee, obtained from a plant that contains very low levels of caffeine.

Here you can get some great decaf coffee pods from Nespresso.

Substitute for coffee during pregnancy

If you are a woman who is used to drinking many cups of coffee and you must reduce them during pregnancy or you want to avoid its consumption completely, you can use other alternatives that do not have those harmful effects of caffeine.

At first, you will feel the urge to drink coffee until your body adjusts. If it costs you a lot, gradually reduce consumption, switch to decaffeinated coffee, add more milk and continue with the habit of having a hot drink.

Here are a few options to do without coffee during pregnancy:

You may have other questions about whether certain things are compatible with pregnancy. In the following articles you will find out if it is possible to do sit-ups during pregnancy and if it is bad to dye your hair while pregnant.

Mommed Pregnancy Tests: The New Way to find Out If You’re Expecting?