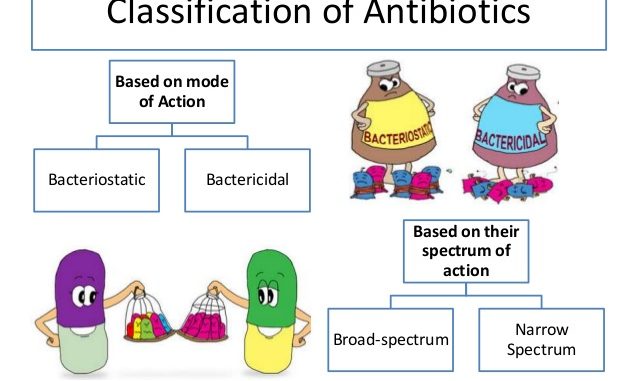 Antibiotics act by either killing germs or preventing them from growing and multiplying. A living entity, usually a microbe, produces a chemical substance that is hazardous to other microorganisms. Antibiotics are commonly produced by soil microorganisms and are thought to be a way for organisms to control the growth of competing bacteria in complex environments like soil.

In 1926, Alexander Fleming discovered penicillin, a substance that purported to suppress bacterial growth produced by the fungus. Edward Chain and Howard Florey resumed their penicillin antibiotic research and performed human testing in 1939. (with what were considered fatal bacterial infections). In 1945, Fleming, Florey, and Chain shared the Nobel Prize for their contributions to the development of antibiotics.

What are Antibiotics Used for?

Antibiotics are medicines that are used to treat infections caused by bacteria in humans and animals by either killing or inhibiting the bacteria’s ability to grow and multiply. Germs are bacteria. Antibiotics literally mean “against life,” referring to germs in this context. Antibiotics come in a variety of forms, including antibacterials, antivirals, antifungals, and antiparasitics.

The majority of side effects are transient and will disappear after treatment is completed. Some amoxicillin adverse effects, such as allergic responses and blood abnormalities, are delayed and may take longer to resolve. After stopping amoxicillin medication, Clostridium difficile infection can take up to two months to appear. When used correctly, most antibiotics do not cause issues, and major adverse effects are uncommon. Sickness is one of the most common adverse effects. Taking these medications (antibiotics) just before bedtime is typically not a good idea because it can induce esophageal irritation.

Antibiotics can cause side effects, including nausea and diarrhoea, when they disrupt the bacterial balance. Taking probiotics and prebiotics throughout and after an antibiotic course can assist in restoring the gut’s bacterial balance. It usually takes the body some time to restore the microbiome to a healthy, diversified bacteria population. In reality, studies suggest that the damage caused by antibiotics takes roughly 6 months to recover from. Antibiotic treatment can induce a decline in blood count, including the number of white cells that fight infection, in very uncommon cases. When the treatment is stopped, this corrects itself.

Can Electric Skateboards go on Sand?