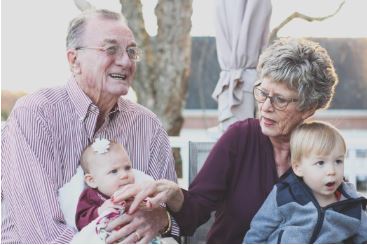 All you must know about common causes of fever in children

Fever in Children: Having a child certainly means getting into a new and completely different life with never experienced moments that feels overwhelming. With all these pleasures, caring and nurturing the child is also a new addition in one’s life which requires knowing proper food planning and collecting proper parenting tips from doctors.

Children have less immunity than the adults which is why they also get easily prone to certain kinds of fever as well as allergies. There can be several reasons for causing fever symptoms and most of them require a doctor consult too.

The most common symptom that points out a fever is the abnormal rise in temperature of the whole body. Soon after detecting this symptom, most people could come to a corner of decision as fever.

Using thermometer is the most common way to detect the rise of temperature, but there are several kinds of fever which have adverse results other than just rising of temperature. Causes of such fevers are quite hard to know for a normal household but there are some common fevers which often occur to children and can be known from some symptoms. These causes should be known to every parent to take necessary care of their children.

Fevers are mostly caused by infections and there are many types of viruses which can cause it. Besides, there are hundreds of germs that can lead to a wide range of fevers out of which only a few are listed and taken as a common occurrence to children. However, certain factors are also considered to conclude the type of fever such as environment, temperature, and blood tests as well.

Some causes of fevers which are common in children

From many studies, it is proved that infants don’t cry much if they are suffering from fever. It may be due to some other pain. Ear infections, kidney infections, and sore throats can be some reasons for causing pain. Other than this, many kids get fever often from time to time and cause no harm.

In fact, as per the doctor fever is a sign that the body is fighting against diseases and is starting being immune to several infections. Using medicines soon after detecting the abnormal rise of temperature can be dangerous for infants. As they are prone to some bacterial infections which may get worsened by intake of such medicines.

Consulting a pediatrician is always a better idea when any kind of adverse condition is faced by a child as deciding the root cause of the inconvenience is not possible from an infant. Follow proper health care tips for infants followed by parenting tips to follow the appropriate diet planning for your child. Consider every parenting advice from doctors or nutritionist to make sure of a healthy and active future of your child.

What should be fed to babies below one year of age?

Do Newborn Babies Communicate? – Different kinds of signs they use

How to reduce your tummy quickly

What You Need To Know About Per Diem Nurses?