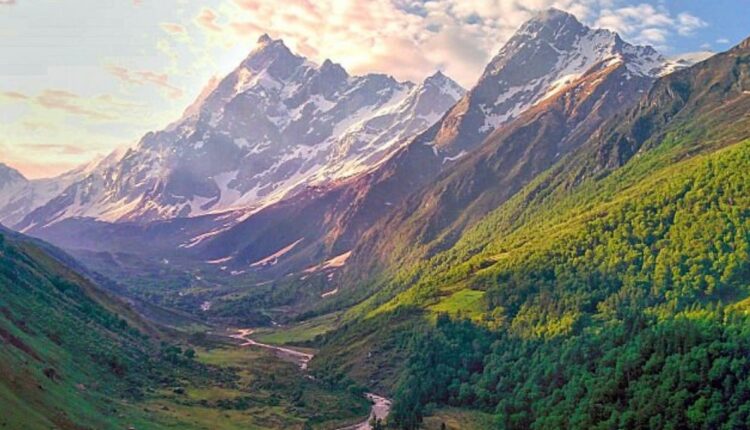 Gokarna Beach Trek breaks the stereotype of a typical lofty mountain or lush green hills site view while trekking. Instead, Gokarna offers a plethora of trekking trails along the coastline, walking on the beach sands by the side of the rocky hills, and magnificent exploration of one striking beach after another. The trekking route is popularly known as the “Golden Route”. The trek starts with the best of nature, taking you through dense foliage and indigenous flora and fauna, to roaring waterfalls, and beaches and ends back at civilization with an exploration of ancient forts!

Gokarna is the more laid-back and less commercialized version of Goa. The small holistic town, Gokarna with its pristine beaches and breathtaking landscapes is also home to a must-visit hindu pilgrimage site – the Mahabaleshwar temple. The town is famed for its calm and clean beaches as the best offbeat weekend destinations for trekking on the beachline.

Gokarna beach trek compels you to explore the untouched places and also a sense of thrill with the waves at the beach. You can experience serenity, thrill and gritty adventurous treks from Paradise Beach to Kudle Beach covering Om Beach as well as Half Moon Beach. The trekking in Gokarna is beautiful yet challenging due to the precipitous weather conditions at the shore.

Belekan Beach is the starting point of your Gokarna 5-beach trek. Belekan is the most peaceful beach where you can just relax at the shore or go on a boat ride and enjoy the views around. Going through the trekking trail of Belekan you will witness picturesque greenery all around, and the best chance to soothe yourself a bit from the hustle and bustle of chaotic city life. The most fascinating attribute of the Belekan is to encounter the scenic environment while the sun is rising, and have to trek through the woods about 1.5 kilometers to reach the next beach. The beach will also furnish you with a cliff diving spot, from where you can dive into water from a height of 14 feet, and feel yourself closer to adventuresome with safety gears on.

Paradise beach, also known as full moon beach, is a pristine beach considered as one of the cleanest beaches. Rocky hillocks toughens the walk up to the paradise beach a bit. The Paradise beach is a perfect place to camp in and to spend the night gazing at the starlit skies. The water currents at the Paradise beach are believed to be very strong and it is advisable not to be used for swimming. The Paradise is a combination of rocky terrain and clean white sand which makes the trek even more tranquilizing and surreal.

Paradise Beach in Gokarna is not accessible via road and can only be reached by either hiring a motor boat or walking via other beaches, namely the Half Moon Beach and Om Beach.

Half Moon Beach Trek of Gokarna

Half Moon Beach, separated from the Om Beach by a cliff, will make you fall in love with the bizarre scenic view of the Arabian Sea and Gokarna’s serenity. The beach got its name after the jaw dropping resemblance with a half moon. The beach is surrounded by the lush green flora, making sunbathing in the afternoon and lying on hammocks in the night more delightful. The prodigious enticing activities that the beach of Gokarna offers including swimming, canoeing, paddle boats, paintball, camping, and cabins. To trek forward to the next beach, you have to hike a huge cliff – the Shiva Climb, that will give you a wholesome view of adventure and nature, both as it is a dolphin point.

Om beach of Gokarna is holistically originated in a way forming the shape of Om (hindu symbol), hence the name Om beach. The bizarre sunset adds a breathtaking view as a cherry on the Gokarna trek. White sandy beach adjoining the rocky terrain seems even more intriguing for rejuvenating the mind and soul for the rest of the Gokarna trek. The beach side is drenched by the roaring waves on the sides through the luscious green forests and bushes. The one side of the Om beach witnesses wild thorny plantation, while shear drop with a great view of sea on the other. The walk is indeed a pleasurable experience to cherish. No matter how exhausted you feel reaching Om beach, but the beautiful sunset at the beach is worth all the calves’ pain.

Kudle Beach in Gokarna flaunts mesmerizing coconut trees, beautiful beach shacks, and bamboo huts. Being the last beach of the Gokarna trek, Kudle offers the most silent and serene atmosphere to enjoy a sunset. If walking along the shore and gazing at the never-ceasing tides is what you are looking for, then Kudle is a perfect beach to hang out in. Kudle Beach is also famed for its exotic seafood menu to tickle your taste buds.

Gokarna trek beginning time is usually scheduled for the sunrise. The 5-beaches trekking route is 9-10 kms long. The trek however takes approximately 7 hours to hike all the five beaches commencing from the Belekan beach and eventually accomplishing the tranquilizing sunset point – the Kundle beach, and covering Paradise, Half Moon and Om beach in between. The trekking duration solely depends on how long your breaks in between the trek lasts.

The package of Gokarna Beach Trek usually includes accommodations from tents on multiple sharing basis, shack stay, to resorts, and home stays, along with food packages  and dining through the Golden route.

Gokarna Beaches are known for its calm provoking environment, that has all the potential to heal sorrows, miseries and can fill with immense love, ecstasy, and joy. The base price for the Gokarna trek is INR 2500. The price inculcates trainers fee, trekking essentials, trekking permits, veg buffet, and often pick up and drop off.

The best time to visit Gokarna is from October to March with the average weather hovering between 19°C to 32°C. The trekking and hiking activities in Gokarna are favourable post the monsoon seasons and monsoon is the off season because of the rains and muddy tracks. And from April to June, the summer months are hot and humid, but in the evenings Gokarna coastline walks are one of the intriguing activities you can adore in the southwestern Indian state of Karnataka.

How to Reach Gokarna?

Gokarna in Karnataka is settled in between Goa (117 km away) and Bangalore (483 km away). The small town Gokarna known for sanctity – Mahabaleshwar temple is well-connected by road to all major cities. The nearest airport is the Dabolim airport in Goa at a distance of 140 kms. The nearest railway station is about 20 km from Gokarna in Ankola. You can easily board a state bus, taxi or private cars to reach Gokarna throughout the year.

Gokarna, a town on the Arabian Sea in the southwestern Indian state of Karnataka, has a plethora of activities to cater your needs and fun indulging choices.

Today’s modern lifestyle has broken our spines to a verge, that all one needs is tranquil jiffs, rejuvenating sessions, and a comforting zone. Gokarna is an explicitly the most tranquility provoking town, settled majestically in between Goa and Bangalore in the state of Karnataka. Spend some time in Gokarna to brace yourself for future endeavors. Explore the vividness of shack life, cliff views, and never-ceasing tides of the sea alongside the trails of Gokarna Trek.

Guhantara Resort – Must Read an Ultimate Guide before the Visit!

Supercharge Special Events Of Your Special Ones With Premium Quality Gifts