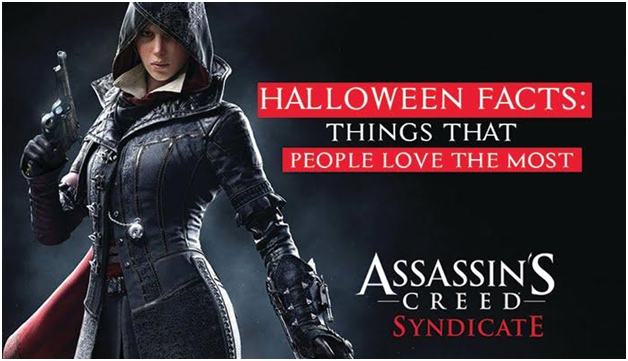 Halloween Facts: Things That People Love the Most!

Halloween, when deceased souls return to the real world, is currently the second most commercial holiday of America. Well, it doesn’t matter if you believe in the traditions or not; you enjoy this day to the fullest. By going easy on our pockets, we not only spend on the candies but also on buying Celebrity Halloween Costumes inspired by the outfits that our favorite actors chose. Many polls and surveys gave us some interesting facts that told us about the things that people desire the most every year. How about getting to know all of them? Fun, right!

First of all, let’s talk about the most hit costumes among kids. As this day is all about fun and the kids have to go out for trick-or-treating, they need to dress properly. The most popular costumes among them are superheroes, while many girls opt for princess costumes as well. Apart from that, vampires, witches, and zombies costumes are also popular. So, now we know why the increasing number of little Captain Americas and Supermen on the streets!

What do people love to listen to on Halloween nights? The iconic song from the ‘60s of Bobby Pickett, ‘Monster Mash,’ is still known as the most popular among the general public. At that time, the song was at no. 1 position on Billboard Hot 100 charts, and still, there’s no other alternative to this creepy song until now.

Do you love to dress your pets too? Well, you’re not the only one. As CNN reported in 2017, there is a major part of the Americans who do this. And the most loved costumes by the pets include superheroes, pumpkins, and cute bumblebees. There is no doubt in the fact that the dogs, cats, rabbits, every one of them looks so adorable! So, relax and don’t feel like a weirdo the next time you transform your dog into Batman – a Bat dog!

Irish people have deep roots connected to Halloween nights. And that’s why a traditional bread is still popular in many parts of Ireland. The bread is sweet with dry fruits and a hidden ring inside it. Whoever finds the ring is going to get married soon or might receive some good news.

Speaking of Halloween specials and forgetting about the candies would be so wrong. We all love Reese’s Peanut Butter Cups, and it was also the most loved Halloween candy in 2019. The delicious chocolate with peanut butter delight is just out of this world. Many other chocolates and sweets, including Snickers, Twix, and Skittles, come next.

You must be surprised to know that Candy Corn, the oldest candy of America, was listed as ‘Kids’ Most-Hated Candy’ in 2019. Made with three colors, these candies are followed by Circus Peanuts and Peanut Butter Hershey’s Kisses on the list. But, no matter what everyone says, we love these traditional candies! And they are still one of the most-manufactured candies in the country.

According to IMDb, the most hit Halloween Movies until now are ‘Hocus Pocus’ released in 1993, Halloween (1978), The Nightmare Before Christmas (1993), Trick ‘r Treat (2007), and the list goes on. While many of you love to party, it looks like some stay in their homes and munch on the popcorn that they have stocked up way before October. Geniuses!

Do you enjoy going to haunted houses? Then Ohio must be your second home. As the Guinness Book of World Records says, ‘Haunted Cave’ in Ohio was the biggest haunted house as of 2013. The record was then broken by ‘Dragon’s House of Horror’ located in New Mexico. Both of them will scare the hell out of you as the Cave is reported to have more than thirty thousand bats. These haunted houses got built by looking at the increasing interest of people towards haunted houses.

The famous scary figure from the Halloween franchise, Michael Myer, is the most popular Halloween imitation character. The murderer who goes after everyone with a knife and a white mask on the face creeps everyone whenever they see him. The mask also had a long story behind it. When the designer of the movie was thinking about mask creation, he picked up two masks and fused them. One was of a joker, and the other was of Captain Kirk. The mask was painted white, and the eye area was made bigger, a big round of applause for the creativity!

Who is your favorite villain from the superhero world for the Halloween parties? Hold up, and we already know the answer. Who would it be except the legendary Joker! The psychopath character from the DC world has been the hottest choice of people since its appearance on the screens. By the time his laughter must have changed slightly, but the iconic Joker Purple Coat remained the same until 2019 with the release of his solo movie starring Joaquin Phoenix.