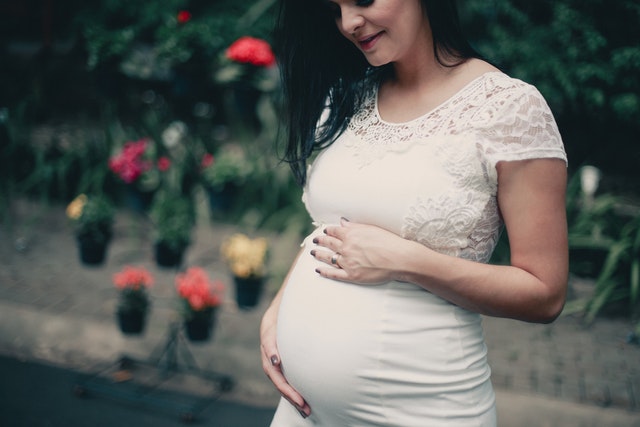 Written by: Dr. Amy Beckley, PhD, Founder of Proov and inventor of the first and only FDA-cleared test to confirm ovulation and ovulation quality at home

PdG tests? What even are those? Well, let us teach you! You may have heard of ovulation tests and pregnancy tests, but these PdG ones, they’re a little different.

Proov’s PdG tests are entirely different from your regular ovulation test. Sometimes it can get confusing since both talk about ovulation, but keep reading so that you can learn more about the major differences.

Before we dive into the weeds about all these different forms of tests, let’s start from the beginning, shall we?

In a woman’s body, there are 4 different parts to the menstrual cycle. The first part, also known as cycle day 1, is your period. This typically lasts about 5 days – or shorter or longer depending on your body! The period is within what’s called the follicular phase. This portion lasts from cycle day 1 all the way until ovulation.

Ovulation is when a mature egg is released from the ovary in hopes (or not) to be fertilized by a sperm. This process of the egg moving to the fallopian tube lasts a total of 12-24 hours; this is the only time it can be fertilized to create an embryo. After ovulation occurs, we enter the luteal phase. This portion is extremely important to those that are trying to conceive. We’ll dive deeper into that in just a second.

You may be wondering, “Why do I need to know about my cycle?” The answer is because without knowing the different parts, you won’t know which hormones are important and in turn how and when to test!

Remember the follicular phase? During this time a hormone called FSH (follicle stimulating hormone) will rise right after your period ends. This hormone is responsible for controlling the menstrual cycle and stimulating the growth of eggs in the ovaries.

Estrogen then starts to rise mid way through the follicular phase. Since this occurs before ovulation, measuring this hormone, or the urine marker of it, E1G, can give you an idea of how long your fertile window is. Right after this rises, your LH (luteinizing hormone) spikes right before ovulation, letting you know that you are entering your peak fertility aka when ovulation will occur.

Finally, probably our favorite hormone, progesterone, has its time to shine after ovulation. Progesterone is responsible for so many aspects of our body’s functions. This hormone helps prepare your uterus for the implantation of a fertilized egg and also maintains your pregnancy. This is a key reason why it’s called the “pregnancy hormone”!

A PdG test is an entirely different concept and test. PdG is the urine marker of progesterone, the hormone produced immediately after ovulation. A urine marker of a hormone basically means that once it’s circulated through your blood, it then gets metabolized by your liver and is excreted in the urine as said marker.

Progesterone is so important since it prepares the uterine lining for implantation and pregnancy by making it “sticky” so that an egg can implant. In the luteal phase, progesterone should rise and remain high long enough so that an egg can have a viable chance. If the levels drop then you will get your period!

Now that we know a bit more about progesterone, let’s get back to its urine version, PdG. PdG also known as Pregnanediol Glucuronide is the urine marker of progesterone. PdG is very interesting because it can confirm ovulation and give insight into your levels during the implantation window. Instead of merely predicting ovulation and not knowing if it occurred or not, you can now test it from your home.

In the past, the only way to confirm ovulation with progesterone was through a cycle day 21 blood test. This was performed at the doctors each time. The downfall to this method is that progesterone levels fluctuate heavily. By that, we mean by the hour. Therefore, if you went to the doctors at 9 am and had high levels of progesterone they could actually fall by 4 pm that same day.

To counteract this rise and fall of progesterone and unreliable results through blood, PdG tests are very helpful in providing an overarching idea of your levels over a few consecutive days – when they’re needed most. Therefore, providing you with the best idea of what your hormone looks like!

PdG tests look similar to LH tests (for those that have used them)! They work by detecting the urine marker of Progesterone, as mentioned above. PdG tests from Proov are the first and only FDA cleared PdG tests that can confirm ovulation from home.

Let’s dive deeper into how they work and what steps you need to take:

With a Proov PdG test, you do need to take a baseline test on cycle day 5, or whatever day your period ends. This is when your PdG levels are at their lowest – additionally it’s critical to use first morning urine for the most accurate results.

After you take the baseline test, which will be negative, you can log it in the Proov Insight App. Taking a baseline test is very useful since it acts as a control test compared to the other PdG tests you’ll take later in your cycle.

After a baseline test, that’s when our friends LH tests (ovulation tests) come in.

We recommend beginning to test about 18 days before your next suspected period, otherwise known as cycle day 10. If your cycles are not regular, or you don’t know when your period will be, that’s ok! You can start using LH tests after your period ends.

Once you get a positive LH test, that means you’ve entered peak fertility. From here, you’ll count out 7 days which is the first day you will begin testing PdG.

Now it’s PdG’s time to shine! On day 7 past peak fertility, you will start testing your PdG levels with Proov PdG tests. You’ll test for 4 consecutive days and will only use first morning urine after at least a 6-hour hold.

After you’ve tested all 4 days and logged your data within the app, you are able to learn even more about your ovulation and ultimately how to improve it if it’s not up to par.

Getting Ready for Your Cruise: 5 Things To Do Ahead of Time

How Prenatal Therapy Can Help You Get Through Pregnancy

Mommed Pregnancy Tests: The New Way to find Out If You’re Expecting?