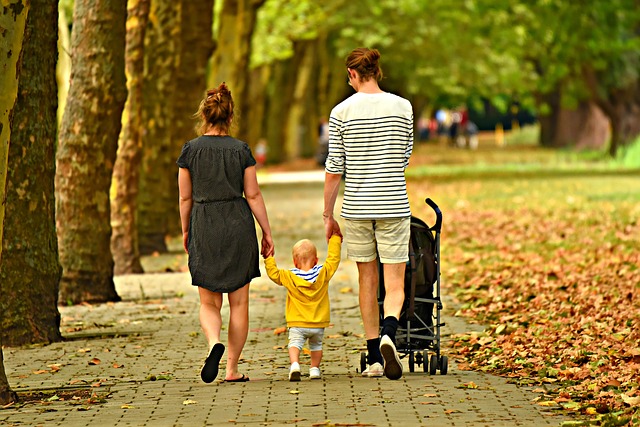 How to be the best single mother for your child?

To be a single parent is not easy, especially when you want to give the best parenting to your child. As a single mother, a woman needs to face a lot of resentment, from her family, from her peers, and obviously from the social circle in which she lives.

“A child cannot survive without the father because a father’s identity defines a child’s identity.”

This statement is what every single person believes, well most of them at least do. In reality, however, it’s just a tradition of this biased society, sort of a norm that is quite hard to break. But does that mean women out there aren’t successful in bringing up their kids all alone?

Not! And that’s because now women have become independent in taking their own decisions, and in parenting their kids effectively. Still, when you walk on the road with your child for the first time after a divorce or separation from your husband, your hands will tremble, and your inner part will scream to you to go back inside the confines of the home.

But that’s now how you can become a role model for your child who is yet to know the hardships of life. So, with that in mind, let’s have a look at some of the best parenting tips for single moms who are capable of themselves to raise their child.

TAKE INSPIRATION FROM OTHER SINGLE MOTHERS

If you are hesitant about yourself being a single parent, then don’t waver and hide behind the curtains. Step out proudly, listen to the inspiring stories of others and understand one thing- it’s your child, and so, no one else should have a say in it.

TAKE OUT TIME FOR YOURSELF

Couples go out on date night leaving behind their kids with a babysitter or anyone from the family. You also need some gateway, some alone time for grooming yourself, both mentally and physically. Go to the spa, or an evening walk all by your own. This alone time will help you to sort your own mind.

One of the best single mother parenting tips for newborn is not to show control of things that aren’t under your control. For example, you are going to your kid’s annual function and their people are asking for the father. Don’t get riled up. Either give him a call and negotiate or simply turn down those mockeries.

If you are a single parent from the very beginning, then at a point in the later future, your kid is going to ask about the father. So, being cautious and extra care is one of the successful parenting tips for every age of children. They need to know about their father but while answering them, be very soft and gentle, even if that’s a sore topic for you.

DON’T GET FRUSTRATED IF THEY DEMAND TO SEE THEIR FATHER

Kids are innocent, and so they won’t understand the feud between the parents. But as a responsible parent, you need to understand that your kid needs to see his/her father. So, negotiation on common terms is one of the best parenting tips after divorce for single mothers.

ESTABLISH A HEART-TO-HEART BOND WITH THEM

One of the best parenting tips for single mothers is to ensure that they can create the most precious heartfelt bond with the kids. A father isn’t just a provider figure in a kid’s life. He acts as the support system too, the safe heaven for a kid. So, you need to fulfill your part of duty and establish a strong emotional connection with your kid.

NEVER HAVE SHAME ON YOURSELF IN FRONT OF YOUR KID

Your kid will always be dependent on you, not only for emotional support but also for psychological support. Even if you are having self-esteem issues, don’t let your kids know about it. So much curiosity isn’t good for them. That’s the reason never feel ashamed of your decisions or on being a single parent. One can vouch on the fact that this is one of the best parenting tips for depression.

How to be a good parent? : Simple Parenting tips to follow

Tips for parents to raise a gadget free child

Four ways parents can ensure a stable future for their kids

What You Should Know About Dental Care For Preschoolers