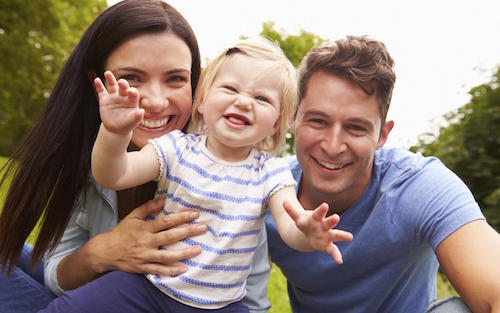 How To Make The Very First Open Adoption Visit Successful?

There are certain points that have to be remembered to make any adoption successful. Some of the adoption types are the ones that are the most difficult to handle because of the rules that have to follow. According to Georgia Adoption Laws the open adoption is the one kind that is a little complicated.

Have you ever thought why adoption lawyers advocate the importance of a successful open adoption? The main reason for it is that it will make the child strong emotionally. So if the child sees that both his/ her adoptive and birth parents are happy together then it will have a positive effect on the child.

Decide For The First Visit Date At Once

As soon as the birth mother gives her child for adoption; she loses some of the rights of her child. But it will be a good gesture on behalf of the adoptive parents that they arrange for a meeting immediately. This will ensure the birth mother that her child is happy with the new parents.

Send Small Gifts As Token Of Thanks

The time period of waiting to meet her child is really agonizing for the birth parents. It is recommended by attorneys of Georgia Adoption Laws that the adoptive parents send gifts to the biological parents to show their affection and gratitude.

Consider The Emotions Of The Birth Mother

It has been suggested by famous adoption lawyers like Tom Tebeau that the emotions and feelings of the birth mother be respected. She is one who has to end up all her rights of the child; so seeing her child after a long time can make her emotional.

Be Mentally Prepared For Anything

But on several occasions the biological mothers display feelings of distress and can be upset to see the child very well adjusted with the new adoptive family. So the adoptive parents must be prepared for all kinds of mixed emotions.

Meet In A Public Place

Sometimes the birth parents are not comfortable in meeting with the adoptive parents and the child at their home. So it is in the state of Georgia Adoption Laws that both the parties meet at a place where both agree to.

Allow The Birth Mother To Express

Adoption Lawyer Can Also Be Present

If both the parties agree then the adoption lawyers of the birth and adoptive parents can be present at the meeting. But there is no need for them to be at the first visit.

Think Of All The Odds In An Open Adoption

As the Georgia Adoption Laws for open adoption are complicated; so the adoptive parents have to consider every odds because there are some restrictions as well as openness in the adoption.

Starting Secondary School During a Pandemic

Best Things To Do In Kerala