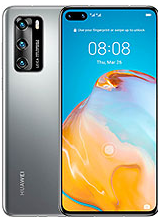 The hardware mix of the P40 lite must have been a conscious afterthought. From a superb screen (6.4-inch display) to the high-tech camera(48MP) camera system, 128 GB storage, and the raw horsepower using the octa-core Kirin 810 processors, it is without a doubt this is one of the most affordable smartphones in the P40 lineup.

You’ll have a unique and surprisingly satisfying Android experience if you possess the geek smarts and persistence to go through the missing Google Play store that involves finding, installing an f hacking your apps to function. While the trade war continues with the US, Huawei has to still function without Google Services in this new model. This implies the absence of neither Google maps nor Gmail. Huawei fills this gap with an App store and some other features that we shall take a look at under the software segment

With its outstanding affordable phones, Huawei has managed its competitive edge in the smartphone market. For instance, Huawei’s phones have been marketed as lookalike clone flagship phones, which have penetrated the markets so well even though the original hardware was just an imitation of the flagship. The P40 lite is the successor of the Huawei P30 lite New Edition. Its siblings in the lineup are P40 and P40 pro.

The Huawei P40 lite provides a 6.4-inch IPS display, 6 GB of RAM, and 128 GB of internal storage. For computation, it utilizes uses the HiSilicon Kirin 810 mid-range SoC. Contrary to its siblings the P40 Lite does not offer 5G but is limited to 4G/LTE. Its official price is 299 Euros

Coupled with a makeover, the case is now even larger. The P40 Lite feels neither too heavy nor too light, with a weight of 183 grams.  It doesn’t feel awesome in the hand despite its price level and choice of materials. It is rounded, the corners and the edges feel a little too sharp, similar to the transitions between the frame and the display protector or the fingerprint sensor nook. On the other hand, it has outstanding workmanship that resists more forceful attempts to twist during the assessment.

Similar to the P30 Lite New Edition, this phone also utilizes an LCD panel that is laminated, having attractive small bezels, transitioning into the metal frame. The top left corner houses a punch hole with a 16-MP selfie camera. The touch screen covers about 83 percent of its front.

A four-camera system with 48 MP is at the back of the P40 lite, with lenses arranged in a square sticking from the shiny plastic cover. This makes the phone a bit wobbly when you put it on a table. The fingerprint processors or has been moved to the power button. Its card tray can hold either two Nano-SIM cards or a Nano Memory card to replace the second SIM.

Three color variations are offered in this series, the “Sakura Pink” is the most outstanding; the color of the bank ranges from a bright pink to a light blue/turquoise. The “Midnight Black” and the “Crush Green” are the other two options though subdued.

Huawei utilizes its own storage cared format having a Nano Memory card, similar to the size of the Nano SIM card. It provides up to 256 GB of storage space, supports the exFAT file format. So far so good, however, the NM card is a little expensive compared to a regular micro SD card, thus might not be a very appealing option. The USB-C port is limited to USB-2.0 speeds.

The Huawei P40 Lite utilizes the most recent OS parameters. It has Android 10 and the EMUI 10 user interface that is in-built. However, there is just one challenge; lacks the Google Services and the Play Store.  As documented in the Google blog post, its services are limited to Play Protect certified devices, eliminating the P40 lite.

To counteract this scenario, Huawei has preinstalled its own apps store in the P40 lite. But the app ranges demonstrate some gaps in comparison to Google Play. But the good news is: through AppSearch, a user can search the internet for apps not found in the AppGallery. A user can then download them through third-party app stores such as APKMonk and APKPure

The LTE Cat.9 supports a fairly extensive range of frequency bands to access the internet. It can connect WLAN through Wi-Fi 5.  The smartphone can reach stable and better transfer rates including 338 Mb/s

The P40 Lite has a modular SuperCharge charger which can offer up to 40 watts of power. It also has a USB cable, a SIM tool, a headset, and a quick start manual including warranty instructions.

Buy it in case…

You want to experiment. Huawei currently pursues to build what is termed as the third big phone platform after Apple and Google. The company is moving very fast n closing this niche. Being a first user, there’s a lot of novelty hover, be ready to make some little sacrifices

You need a budget camera phone

The P40 Lite cameras are positioned above their weight, providing good photos at the default settings

You insist on a simple and safe Android user experience

A lot of complexity is involved in setting up and running your favorite apps, due to the missing Google Services, well, that’s not for everyone.