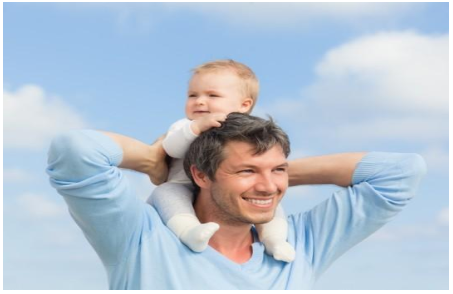 The Importance of a Father in a Child’s Life

The Importance of a Father in a Child’s Life: Becoming a father may be one of the most exciting and loving experiences in a man’s life but it can be a terrifying one too. Every man can play an important role in his child’s development from birth to adulthood. Until a few generations back, the role of a father was very narrowly defined. But now the times have changed noticeably and so have the fathers as well.

According to several researches, it has been found that children who have grown with their father’s involvement since their childhood are socially and academically more substantial. The Father is as essential as the mother in the upbringing of a child. The role of a father is considered as a very important factor in the child’s social competence, initiative, maturity and capability to relate with others.

“One father can be more than a hundred school masters”.

This is a true and a famous quote about fathers based on several scientific researches. Toddlers with much involved fathers are found to be more interactive, expressive and competent at that stage. Their IQ levels have also been found higher till they reach the age of three compared to the toddlers with less involvement of their fathers.

Involvement of father in raising his children results into a more stable and a healthy family. It also boosts up the morale of the mother as she is already responsible for other household chores being the lady of the house. The involvement of a father has been categorized into three fundamental aspects:

✓ Engagement: shared interactions between a father and a child.

✓ Availability: presence of a father in child’s life specially when need be

✓ Responsibility: resources made available by the father to the child.

There is a big list of different ways in which a father can get involved with his children:

An involved father can be defined as a person who is sensitive, warm, close, friendly, supportive, dedicated, nurturing, affectionate, encouraging, helping, cheering, and accepting.

Fathers have a very essential job of embracing and excelling their children by using certain keys of consistency, sympathy, attention and time.

Thus, it can be concluded by saying that the position of a father in child’s life is absolutely irreplaceable.

What qualities make a person a good parent?

Four ways parents can ensure a stable future for their kids

What You Should Know About Dental Care For Preschoolers