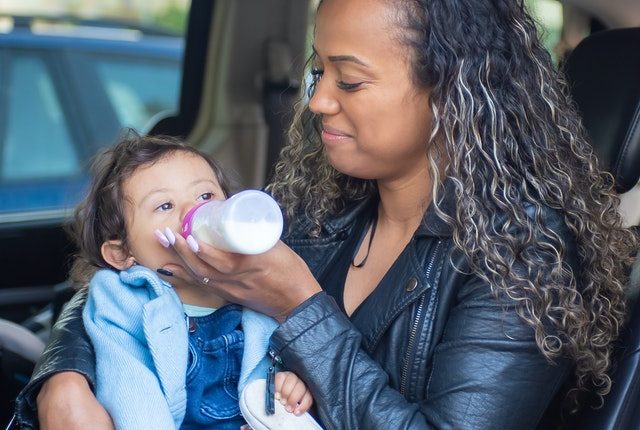 It is often said that ‘breast is best’ – and in many cases, this is true. Breast milk evolved for a reason, as it allows infants to grow and develop while receiving all the nutrition they need without any of the poisoning or infection risks that can come with solid foods – something which can be the difference between life and death for someone whose immune system hasn’t really developed yet, like that of a baby’s.

In addition, breast milk is always served at a stable internal body temperature, does not require extensive prep, can be available on tap, and can even transfer antibodies and vaccines between mothers and babies – reducing the need for neonatal infants to build immunity directly through illness. However, there are numerous important reasons breastfeeding will not work for everyone, and they need to be addressed.

Lactation is triggered by various hormonal changes within a new mother, but the primary compound involved is oxytocin – a big dose of which is received during natural childbirth and upon the initial feeding of the infant. However, one obvious problem with this is that not all babies are born naturally.

Say, for example, the baby was breech (where the baby turns inside the womb and is facing the birth canal feet first). This position can pose life-threatening dangers in the case of natural birth for both mother and child; therefore, there is a good chance such a diagnosis following sonography would result in the mother being booked in for a planned caesarean section – in which the baby is removed surgically.

Similarly, if, for example, the baby is not breathing properly following the birth or there are medical complications with the mother, there may be a delay in skin-to-skin contact until these issues are resolved in an intensive care unit (ICU). Other problems may include hormonal or nutritional deficiencies in the mother that inhibit lactation, physical injury to the breast tissue, or acute pain when feeding.

Turning to the Bottle

Bottle feeding is a good means of solving breastfeeding problems and also comes with certain advantages – particularly for women. For a start, anyone can be taught to bottle feed, and so the father, friends, and relatives are suddenly able to help out, rather than all the responsibility for feeding being placed exclusively on the mother.

Bottle feeding with others undertaking the job as well can also be beneficial when the mother isn’t immediately available, such as when mom is sick or needs a night off, she’s gone out with dad for date night, leaving the babysitter in charge, or at the extreme end of the scale – heaven forbid – a divorce or split between the mother and father occurs and they have to organize a child arrangement order.

What’s more, the absence of breastfeeding also means that nutrition in the mammary glands is reabsorbed by a woman’s metabolism, meaning she can hold onto it and use that nutrition to recover from birth far more quickly.

Not All it is Cracked Up to Be

However, if you think bottle feeding is easy, you would be wrong. Bottles are not naturally sterile and come with constant maintenance, which genuinely does mean ‘constant’ in every sense of the word. To add further issue, the other major problem with bottle feeding is time; there is no instantaneously whipping out a ready-made bottle at 3 am when your child suddenly wakes up and realizes they are hungry – it doesn’t work like that.

In order to kill bacteria in the formula, water needs to be boiled, but boiling water is harmful if ingested until cooled, and it can take upwards of half an hour to do this – by which time your child will likely be screaming hysterically. Your baby may then take a mere 10ml out of a 120ml bottle, go back to sleep, then wake up two hours later, and you’ll need to start the process all over again because the formula only lasts about an hour before it risks being contaminated.

A Tip for Bottle Feeders

Sterile water, however, does not need to be hot; it merely needs to have been boiled and not interfered with. So, you can take a second bottle hours earlier, sterilise the inside, fill it with boiling water, let it sit until it is room temperature, and then leave it in the fridge for the next feed.

When your baby starts crying, you boil the water as normal, cover the formula with the boiling water, then fill the rest of the bottle with the cold, sterile water from the other bottle. This can easily cut 20 minutes off your average prep time.

What are some of the most helpful parenting tips?