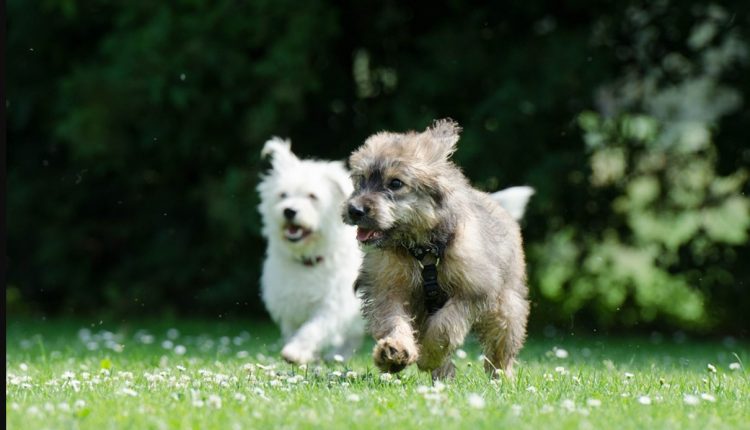 The 2021-2022 APPA National Pet Owners Survey reveals that 69 million households in the US own a dog. If you’re the proud owner of a puppy, you’re thinking about adding another one to the pack. And while adding a second puppy is an exciting and rewarding experience, it’s also not without its challenges.

It’s important to know what kind of dog you’re bringing home, how old they should be when getting another pup, and how to introduce them correctly so your entire family remains safe throughout the process. Here are some tips on making sure that everyone stays happy and healthy.

Introduce the Old Puppy to the New Puppy

You may be feeling the pressure to rush things, but it’s important to remember that your first puppy was probably used to having the house to itself, and now there are two. There’s no need to rush the introduction process.

Your new puppy should be kept in an isolated room with nothing but his crate or bedding until they have been examined by a vet and vaccinated for rabies and other diseases. Your old dog is likely curious about this new companion in the house, so you must give them time with your new pup before they’re loose together. You’ll want them both on leashes when they meet each other for the first time, one leash on each dog so neither can get away from you if things get too intense during playtime.

Introduce your old dog first, and let them smell the scent of your new puppy on something like a blanket. Make sure they get used to those sounds (snoring, playing) coming from another room, and let them see how big this other furball is up close. Let them get used to being around another animal without feeling threatened by its presence or dominance over their territory (and food dish).

Start With a Positive Meeting

The first step to bringing home a second puppy is setting up a neutral location. It should be somewhere that is familiar to your dog but not in the same room as him. If you have an outdoor space available, this would be ideal. You can also use a room in your house with little furniture and no personal items (like shoes or clothes), like the living room or kitchen.

In this space, place some treats on the floor for both dogs to see at first. You can pick up tasty and healthy treats for puppies from a trusted online store like PetCareRx. Then let them meet each other on a leash. If they are compatible and don’t fight, let them play together. If they do fight or show signs of aggression toward one another, separate them immediately before things get worse and scold them if necessary (you may need assistance from someone else).

Give Your Existing Puppy Extra Attention

Once you bring your new puppy home, it’s important to give your existing pup some extra attention. If possible, try to find a toy similar to the one they had before and give it back to them again. It will help remind them that they are still loved and wanted even though another puppy is in the house now. It also means that if they misbehave during this period, they won’t be punished as much because of their new sibling’s presence.

If you have time after work or school, take both dogs out for a walk together so they can get used to being around each other more often. It is especially important if siblings have any aggressive tendencies when they first meet.

Keep the Dogs Separated in the Beginning

It would help if you did not leave the dogs unsupervised in the same room. Even if you have a small apartment, you can separate them by closing a door between them or putting your new puppy in a crate or kennel while at work. The older dog may be very territorial and resent sharing its space with another dog.

In addition to keeping the dogs separated when they’re together, don’t force them to interact immediately. If they fight, it’s evidence that there is tension between them because of their instinctual need for hierarchy and leadership roles within their pack structure. Keep each dog on a leash or in its crate when both are in the same room until they’ve had time to get used to each other’s presence without fighting first.

If you have two puppies, then it’s likely that they are going to want to play with each other. However, don’t rush the process of introducing them. It would help if you waited until they’re both old and big enough to be comfortable with each other’s company. If your dog is too young or small, it might get hurt in an altercation with its new companion.

You also need to ensure you don’t force the dogs into close contact before they’re ready for it. Some dogs are naturally more enthusiastic about meeting other dogs than others and may try to jump on them or take their toys away when they first meet. It is perfectly fine if both parties can handle it without being overwhelmed, but it could lead to trouble if either one gets overpowered by a stronger personality type.

Never leave the dogs unsupervised until you are sure that they have bonded and can get along. It is especially important to have a larger dog since they may view the smaller one as prey. If you don’t want your dog to be alone in the same room with another, even on a leash, don’t leave them until they have bonded and are comfortable with each other.

It isn’t safe to assume that your dogs will automatically be able to get along if they share a habitat. Make sure they play well together before leaving them alone by watching carefully when they first meet (or put them on leashes so that neither has the chance to attack).

Watch for Signs of Stress

According to a study, canine separation anxiety and stress increased by 700% in the last two years. Stress includes panting, drooling, pacing, hiding, barking, growling, biting, and lunging. The puppy may also show avoidance behavior, such as freezing when a person or an object approaches. It can quickly lead to fearfulness and aggression as the puppy gets older if it is not recognized early enough.

If you notice any signs that your puppy is stressed, modify its environment until it feels secure again so it can return to behaving normally similarly. A common cause of separation anxiety in dogs is leaving them alone for long periods. It makes them stressed when left alone at home during the day while their owners are out at work or even just for short periods during the evening. This type of behavior needs addressing quickly before it becomes established.

Watch for Signs of Fighting and Aggression

Aggression is the first thing you should look for when bringing home a second puppy. According to the CDC, 1 in 5 dog bites results in a medical emergency. If you see any signs of aggression, like growling and snarling, this can be an indication that the dogs are not getting along. The best way to deal with this situation is to separate the dogs immediately. If one of the dogs seems to have more dominance, it may be best to keep them separated until they get used to each other more.

If your two puppies seem like they want to play but suddenly stop playing, this could indicate aggression between them before they stop playing altogether. So you must monitor how your new pups interact with each other closely after bringing them home.

Your new puppy is a treasured addition to your family, and so is your old one. It’s important to ensure you do everything possible to make them feel safe in their new home, not rush things. The best way to avoid any problem with introducing a second dog into the household is by taking it slow with plenty of time for adjustment.

This article has given some tips on how to do this successfully. However, there are many different approaches and opinions on how best to proceed when bringing home another fur baby. We hope our advice will help guide you through this process as smoothly as possible.

5 Fun Tips To Get Into the Halloween Spirit This Year!

How to Live a Happy Adult Life

What Are the Best Online Pet Nutrition Resources?